Don’t forget to sign up for our newsletter!
Looking for book sales? Check out our list of deals here!!
Read an exclusive Excerpt of one our most anticipated reads – The Guy on the Left by Kate Stewart!
This book news! The Younger Man by Karina Halle! See the cover and blurb!
Marni Mann wow’s with the cover of her upcoming release! See it here!
See the cover of Devney Perry’s upcoming release, Riven Knight!
Favorite series alert. Check out an exclusive excerpt from Demise of a Self-Centered Playboy!
Read a giggle worthy excerpt from Trying to Score by Kendall Ryan!
The Royal Rogue by Karina Halle is LIVE. LOVED. THIS. BOOK!
Read the first Chapter of His Royal Highness! This is a TOP READ!
Jaw droppingly sexy cover from Julie Kriss. I can’t wait to get my hands on Sexy as Sin!
M. Robinson, The Queen of Angst, has a new release and we have an exclusive excerpt!

Where do I start, you guys?! WHERE. DO. I. EVEN. START. First off, I had the pleasure of reading this duet early and it has shaken me to my core. I am a MESS. I can’t do ANYTHING but obsess over these characters. I CAN’T STOP THINKING OF THEM. They have CONSUMED me heart and soul! I cry just thinking about them. I AM SO EMOTIONAL over what I read. This is hands down the BEST DUET OF 2020! Words can’t do it justice. It is MORE than intense, it is MORE than angsty, it is MORE than passionate and juicy and addictive and twisty and heart-stopping. IT IS SO SO SO MUCH MORE. This wrecks you. It makes you heart bleed. It’s utterly consuming, you literally CANNOT pull yourself away from the pages. It’s the most unique storyline I have read ALL year. I just… YOU DON’T EVEN KNOW WHAT IS COMING AT YOU. Get ready, you guys. GET. FREAKING. READY. You NEED this duet in your life. It is a MUST READ. Absolutely unforgettable. A SIX STAR DUET. And what I consider to be a MANDATORY READ for romance lovers. Kate Stewart doesn’t hold back and EVERY WORD is passion, magic, angst. I’m so OBSESSED! Completely and totally OWNED. Add this to your TBR.

PS: Flock is out on Kindle Unlimited 7/30 and Exodus, the conclusion to The Ravenhood Duet, is out 8/6. You can add both to your Goodreads TBR by clicking here!

“There is a legend about a bird which sings just once in its life, more sweetly than any other creature on the face of the earth. From the moment it leaves the nest it searches for a thorn tree, and does not rest until it has found one. Then, singing among the savage branches, it impales itself upon the longest, sharpest spine. And, dying, it rises above its own agony to outcarol the lark and the nightingale. One superlative song, existence the price. But the whole world stills to listen, and God in His heaven smiles. For the best is only bought at the cost of great pain… Or so says the legend.”
—Colleen McCullough, The Thorn Birds 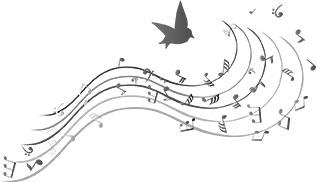